When Not Just Any Law Firm Will Do

Turn to a firm that is looking out for you and will help you set things right. 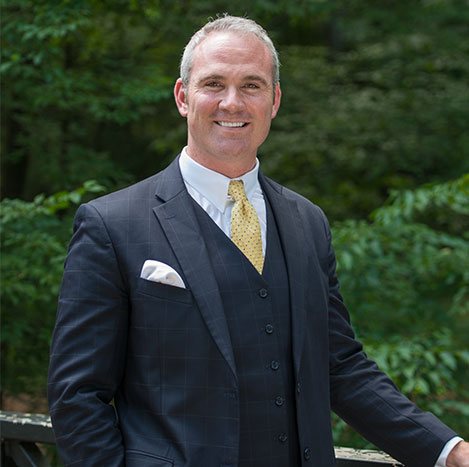 Norman D. McKellar practices law in the areas of IRS tax resolution and federal criminal defense, with an emphasis on tax fraud and white collar federal crimes. Mr. McKellar has successfully defended clients in criminal cases in both federal and state courts and in U.S. Tax Court. Mr. McKellar was voted by his peers as a “Top Attorney” for 8 straight years by Knoxville’s CityView magazine. In 2014, Mr. McKellar was selected as a member of the “Top 100 Trial Lawyers” by the National Trial Lawyers, and he also received this same award in 2015, 2016, 2017, 2018, 2019, and 2020.  Mr. McKellar was also selected as a member of “America’s Top 100 Criminal Defense Attorneys” in 2018, 2019, and 2020.

Norman McKellar came to Knoxville in 1995 after spending the previous twenty years in Louisiana. Mr. McKellar received his Bachelor of Arts degree from Brigham Young University, and he received his Doctor of Jurisprudence from the University of Tennessee School of Law. While in law school, Mr. McKellar won the award for Best Oralist in the Ray H. Jenkins Trial Competition. He is the founder of The McKellar Law Firm, PLLC.

“The attention that Mr. McKellar gave to myself and my ‘situation’ was amazing! He made it clear that he genuinely wanted to help me determine what is in my best interest and made sure that I understood all of my options and what they entailed. Not only is Mr. McKellar an extremely knowledgeable and intelligent lawyer, he is a genuinely good man. Amazing!”

“Mr. McKellar represented me in a tax case. He is extremely knowledgable and explained very complicated IRS information to me in a way that I could understand. He was able to resolve my tax debt for a fraction of what the IRS said I owed.”

“Norman’s work and understanding of how to achieve great results for us was not only impressive but also much better than what others had promised but failed to achieve. Don’t believe everything advertised on TV. Norman’s work on our behalf was the real deal.”

“The recession has affected so many small businesses and mine was one of the many. I needed help in negotiating with the IRS so I could get a reasonable tax settlement. Norm McKellar was able to get my “offer in compromise” accepted. Now I can focus on building my business and stop worrying about my old tax debt. I can’t recommend Norm highly enough!”

“A few months ago I had a problem with the IRS. A friend recommended Norman McKellar. I am so thankful that he did. I have dealt with a few attorneys in the past, and I was apprehensive about dealing with another one. From the minute I walked into his office I was impressed with his caring manner and knowledge. He treated me with respect and made me feel that together we could handle this problem. I believe I have found the best attorney in Knoxville and I would never hesitate to recommend him to anyone. He answered all of my phone calls and all of my questions, no matter how stupid they may have been. He is an honest attorney and always put my needs first. I know I took up a lot of his time, but he never complained. I could go on and on, but to sum it up if you ever have a tax problem, he is the attorney you want on your side.”

“As a seasoned physician, I know what it takes to be amongst the best at what you do, and Norm McKellar has it all. Unfortunately, I’ve previously required legal assistance a few times in the past, but Norm distinguished himself.and raised the bar on all points. If and when I need new counsel, I will again retain him without hesitation.”

“Finding myself in a situation I never thought I would be in; I am so thankful to have Norm and his team on my side. He counseled me as to what the law states and what my options were. I have been treated with care and respect, and I fully trust Norm in his ability and knowledge to best represent my interest. Norm does not come to work to be seen, he comes to work to obtain the best possible outcomes for his clients. For anyone finding themselves with a need to obtain counsel I whole-heartedly recommend Norman D. McKellar and The McKellar Law Firm.”

“Norman did a very good job representing me and was able to negotiate a very favorable outcome for me. Offered me very good counsel and enabled me to have a voice in the decision of the direction of the case. Was very straight forward and honest and did not sugar coat things or pressure me to go forward with something I was uncomfortable with. It was a pleasure to work with Mr. McKellar.”

I am still in the process of trying to get disability. I suffer from extreme PTSD, anxiety disorder and depression. Mr. Devore spent several hours with me while filling out the paperwork to ensure that I was understanding everything that was going on. I have received phone calls several times from his office to make sure everything is getting done. It is clear that he sincerely is wanting to help me. Even though I am still in the process of disability, I am confident that Mr. DeVore will continue to do everything in his power to assist me and I would highly recommend him to anyone.

Mr. DeVore was excellent. At every step he gave me confidence that he knew what he was doing, and that the case would have a favorable outcome. I suffer from severe anxiety issues, and Mr. DeVore would carefully monitor my level of comfort, turning the conversation to other topics when I was approaching my limits. I would recommend Mr. DeVore to anyone.

Devin worked so hard to get my disability approved. He even took on my long term disability and he hasn’t given up yet. I have one doctor that is so impressed with him that she will be recommending him to her patients.

Mr. DeVore worked at his best ability to get my benefits and help me through my case. He was professional and honest through the whole process.

Devin DeVore was great to work with, very professional, very responsive to questions, and very knowledgeable. Constantly kept me updated with what was going on with my claim, I highly recommend this young man!

Devin DeVore is an absolutely amazing person and attorney. I have never had an attorney who was so kind, he handled my Social Security case and called me REGULARLY with updates from where he took the time out of his day to call and check on my case. I had used another attorney prior to Mr. DeVore for 4 years and never received my SS and had no idea the status of my application. When I started Mr. DeVore things completely changed. I was notified of my application status often and I won my case. I give the Lord and Mr. DeVore all the glory. One of the biggest things I truly appreciated about Mr. DeVore is he NEVER made be fell belittled or guilty for applying for SS. I was truly blessed to have the honor to work with Mr. DeVore.

Devin DeVore is amazing he always contacts me via email or phone with any questions I might have! Always is on top of my disability case I do reference him to all of my friends!!!